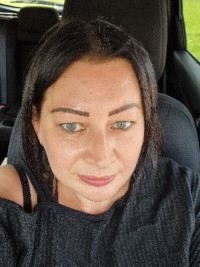 "I worked for a few different companies when I arrived in the UK from my native home in Poland before joining NYBCo., but this was the first company where I could see that people treated each other with respect, supporting each other and working together. That was when I knew that this was the company for me. I have now been with the business for over 15 years and I never want to leave!""

I originally joined NYBCo. in December 2006 as an Agency worker. Back then, the name of the company was Maple Leaf.

My first role through the Agency involved working on the bagel production line ensuring that no misshapes or poorer quality bagels were packed and sent to customers. In February 2007 I was very pleased to be offered a permanent contract and became a full-time member of the corporate family and moved to the packing area.

With the hard work, support, and motivation of the amazing people around me, I progressed from working on the lines to a Technical Operator role, then a Team Leader and then to Supervisor.

Even with 2 periods of maternity leave in 2014 and 2016, the business still supported my ambition to progress and develop my career and in 2021, I was appointed as a Shift Manager at Grupo Bimbo UK Ltd.

This all would not be possible without the people around me. From my colleagues on the bakery floor to a fantastic HR team, which many times went above and beyond for me, no matter what, I have always had a lot of support and felt people believed in me.

If you are interested in becoming a part of the Grupo Bimbo team, follow the link below to view the career opportunites we currenlty have available across the various business areas and locations within our organisation.

If a particular role peaks your interest, let's talk!